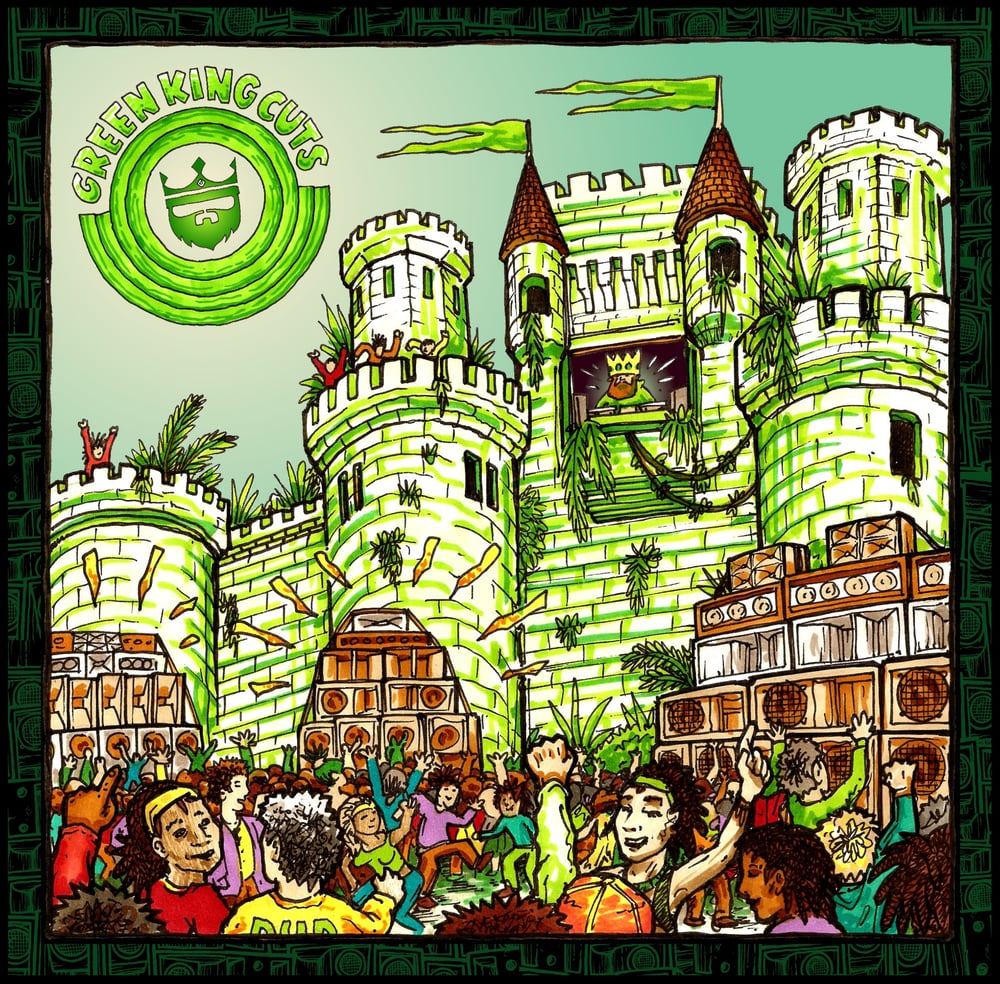 "Bristol is a place that hugely contributes to the scene through many angles: upbringing of new producers, hosting essential events and continuous formation of new labels. The city’s strong relationship with sound system music has been inspiring generations to consequently recreate the real spirit of dub and roots music in the younger records. A new addition showcasing local talent that surely deserves attention is the new imprint created out of friendship and passion, with two hard working individuals behind it’s name (Jake Hennessy and Liam James). Green King Cuts sets off with a 2-track pressed into 12″ vinyl, traditionally dedicated to physical release.

The A-side opens the EP with pure dubwise style crafted by C-Side. The sub carries strong energy in this record, knocking out other elements in a spacious, echoing dimension. “Early Days Dub” is build around a sample that talks us through the basics of building sound system music with floating saxophone melody that swirls around in a lazy manner. The occasional atonal bass hum cuts through scattered layers, reminding about its relationship with dubstep. However track mainly draws towards bare structure of dub, by contrasting heavy bass and kick drum against hazy echo.

On the flipside GKC treats us with a remix by Cessman, well known for mastering the art of deep vibration (particularly through linking together dub and dubstep into a strong, joint style). The producer maintains most of the original sound, while adding few touches to spice up the track. He noticeably dries the signal from heavy use of effects, making more space for firm percussions that make the rhythm more dynamic. By cutting out some of the saxophone melody, he marks the remix as more serious, minimal version (opposite to what a flipside dub mix would be!).

GKC001 is a great new addition to already strong and supported scene, marking this first release as their sound statement. From the choice of artwork (The Tribes), through exclusive release on wax, to selection of sounds and producers, the label loudly says what it stands for in music, perfectly fitting into taste of dubwise lovers. The simplicity of the record focuses on what this style really thrives on – smooth and low bass to shake your chest on a system."